​Which Children are at highest risk? 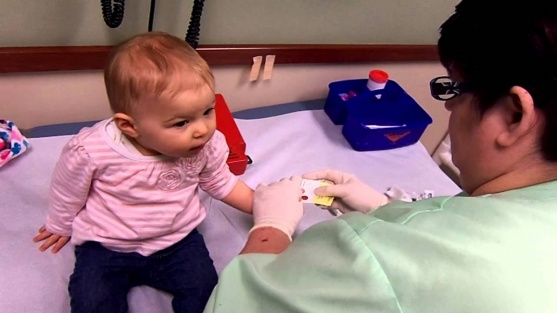 ​What are the effects of lead poisoning?

Lead damages the developing brain and nervous system. A majority of studies suggest that the effects of lead are NOT reversible. The following are the most prominent health effects of lead poisoning in children:

What are the symtoms of lead poisoning?

​Since these symtoms are not specific to lead poisoning, rigorous risk assessment and blood lead testing are the only effective ways to detect lead poisoning.

Why are young children at a high risk for lead poisoning?

Children can absorb approximately 50 percent to 70 percent of ingested lead, whereas adults generally absorb about 5 percent. Certain developmental phases expose children to new sources of lead; for example, child oral behaviors and hand exposures to lead-containing dust on floors and windows promote lead ingestion. Children who are 1 or 2 years of age should be considered the highest priority for assessment and testing.

What are the major sources of lead?

The most common source of lead poisoning is deteriated lead-based paint and lead-contaminated dust in older homes. Unsafe renovation or remodeling practices can greatly increase the risk of exposure to lead dust from paint deterioration. Particularly in urban areas, soil has become contaminated with lead due to exterior paint deterioration and the past use of lead in gasoline. Other sources include parental hobbies or occupations that involve exposure to lead, water contamination from lead solder/pipes in older homes, use of lead-containing traditional medicines or cosmetics, food in imported metal-seamed cans or use of lead-containing pottery. Vinyl mini-blinds purchased before July 1997 also are likely to contain lead.